Dinosaurs have been extinct for more than 65 million years. That’s long before any humans were around to observe their behaviors. Yet these ancient creatures live, breathe and rampage across the screen in movies like Jurassic Park and TV series like BBC’s Primeval. But unlike in your parents’ day, these dinos aren’t depicted cartoonishly. They’re portrayed realistically, informed by science.

First, researchers start with fossils. These are the preserved remnants of the dinosaurs — or the footprints and other traces they left behind. These remains can provide an idea of a creature’s overall size and shape. Then, the scientists add meat to the bones (virtually, of course). This process is guided by subtle features on well-preserved fossils that indicate the size and location of a creature’s muscles and tendons. Such soft tissues normally don’t get preserved as fossils (the way that bones sometimes do). So, researchers typically reconstruct a dino’s muscles and tendons based on what they see in living creatures today.

Now biomechanicists get to work. These scientists study how living things move. Working with computer programmers, they simulate how dinosaurs might have walked, ripped open prey or tried to defend themselves from predators. These simulations can be quite detailed. And besides helping moviemakers, they can help scientists figure out what questions to probe in future studies.

Here, we see how two teams of paleontologists are putting computerized flesh onto the bones of two very different dinosaurs. In doing so, they’re revealing keen insights into how these creatures may have behaved.

Argentinosaurus may have been the heftiest dinosaur to have ever stalked the planet. It lived in what is now South America during the Cretaceous period. Its fossils have been recovered from rocks between 97 million and 94 million years old.

Based on fossils, some scientists estimate this heavyweight could have tipped the scale at more than 73 metric tons. That’s more than 13 elephants! But other researchers think that may be an under-estimate. They argue Argentinosaurus might have weighed as much as 100 metric tons.

Fossils suggest that, regardless of its size, this long-necked, plant-eater — a type of dinosaur known as a sauropod — may have measured as much as 40 meters (131 feet) long. Each of its leg bones was about as long as an average man is tall.

Scientists have long wondered how fast these incredibly massive creatures might have lumbered. Recently, Phillip Manning and his team have harnessed computers to tackle that question. Manning works at the University of Manchester in England. A vertebrate paleontologist, he studies the fossils of creatures with bones.

To start, the team used a laser system to scan fossil remains on display in a museum in Argentina. (That Argentinosaurus skeleton measures about 39.7 meters (130 feet) from its snout to the tip of its tail. It’s about 7.3 meters (24 feet) tall at the shoulder.

The researchers used those measurements to re-create a three-dimensional model of the skeleton. Its size and shape suggested this particular creature, when alive, weighed a little more than 83 metric tons.

Next, Manning and his team decided how many moving parts their virtual Argentinosaurus should have. The more they included, the longer it would take for their computers to calculate its likely motion. But the fewer moving parts they included, the less realistic its motion might be. Choosing the right number proved a challenge, Manning says. In the end, his team decided to merge the creature’s head, neck, torso and tail into a single body part with no bendable joints. They then divided each of the animal’s legs into three parts: an upper leg, lower leg and foot.

Now they covered the bones with muscles and flesh. Again, deciding where to add those soft tissues had to be well thought out. Based on analyses of fossil footprints from other sauropods, the team put about 55 percent of the muscles on the rear legs. After all, these legs typically bear somewhat more than half of the creature’s overall weight. The remaining muscles went up front.

Studies of big modern-day animals show that roughly 60 percent of the muscle weight in each leg exists in the upper region — the equivalent of its thigh. The lower leg carries another 30 percent of the muscle. The rest typically goes into the foot. Knowing the size and location of each muscle lets researchers estimate how much power a muscle would likely exert.

When all these data were fed into a computer, together they suggested that the dinosaur probably walked at a speed of about 8 kilometers (about 5 miles) per hour. Manning and his team reported their analyses October 30 in PLoS ONE.

“Argentinosaurus is shown to be a rather slowish animal, as its size would predict,” says John Hutchinson. He’s a biomechanicist at the University of London’s Royal Veterinary College.

This enormous dino might have been slow, but that shouldn’t have made it vulnerable, says Manning. An adult was so bulky that it faced little risk from predators. “Their size protected them,” he says.

The team’s study also predicted what a set of the dinosaur’s footprints, or trackway, would look like. In particular, they now understand how the tracks would be spaced and how they’d be arranged. So now they’ll know what to look for. Although paleontologists have found many sets of footprints left by smaller sauropods, they haven’t yet stumbled onto any made by Argentinosaurus.

Using similar techniques, another team of researchers studied how one type of large predatory dinosaur — Allosaurus — might have fed. For many millions of years, this fearsome meat-eater and its close relatives were at the top of the food chain in North America. (Only after allosaurs died out did tyrannosaurs, the group that included T. rex, rise to dominance.)

The skeleton used in this new analysis was an almost-complete fossil nicknamed “Big Al.” Scientists working in north-central Wyoming unearthed it in 1991. Big Al probably lived about 150 million years ago, says Eric Snively. He’s a vertebrate paleontologist at Ohio University in Athens.

Snively and his team assembled their 3-D model of the Allosaurus skull using data gathered during X-ray scans of the fossil. The models were made using computerized tomography. This technology combines the X-ray images taken from many different angles to make detailed cross-sectional views of the inside of tissues, even bone.

Compared to tyrannosaurs like the infamous T. rex, Allosaurus had smaller muscles in its jaw but larger ones in its neck. Those muscles also attached low on the neck, relatively close to the shoulders.

The model for Allosaurus movements developed by Snively’s team now shows that this dino could move its head swiftly from side to side. It also reveals that after sinking its teeth into prey, a quick upward and backward yank of its head would drive those choppers even deeper into the prey.

Allosaurus was longer than a limousine and weighed twice as much as a polar bear. Yet Snively finds that this dinosaur probably fed on its victims much like modern-day falcons do. That is, Allosaurus drove its head downward like a hatchet to grab prey and then yanked back and up with its neck and body, ripping chunks of flesh from its victim. That’s a different feeding style from Tyrannosaurus rex . It crushed its victims by chomping on them with its banana-shaped teeth before snatching a mouthful of meat and bone.

Snively and his team report their analyses in the May 2013 issue of the journal Palaeontologica Electronica.

Such studies by Manning, Snively and their teams “produce results that make sense in terms of what we know about how living animals work,” says Hutchinson. “Computers are largely taking human guesswork out of the process.” And, he adds, “that’s a very exciting development!”

From research labs to Hollywood special-effects centers, virtual simulations of dinosaurs are sure to be used more frequently in the future, Hutchinson contends. “Now we can lay all our cards on the table and show, as scientists, exactly how we obtained a solution.” With those data in hand, he says, “Anyone can scrutinize those results and try to repeat them. … That is what proper modern science does.”

allosaurs  (also known as allosauroids) A group of two-legged, meat-eating dinosaurs named for one of its oldest species, Allosaurus.

Argentinosaurus  A massive long-necked, plant-eating dinosaur belonging to the sauropod family. It was named for where the first fossils were unearthed: Argentina. Adults of this species may have spanned up to 40 meters (131 feet) and weighed more than 70 metric tons. It roamed what is now South America more than 90 million years ago, during the Cretaceous period.

biomechanics  The study of how living things move.

computer model  A program that runs on a computer that creates a model, or simulation, of a real-world phenomenon or event.

computerized tomography  (CT, for short). A special kind of X-ray scanning technology that produces cross-sectional views of the inside of a bone or body.

fossil  Any preserved remains or traces of ancient life. There are many different types of fossils: The bones and other body parts of dinosaurs are called “body fossils.” Things like footprints are called “trace fossils.” Even specimens of dinosaur poop are fossils.

Jurassic  Lasting from about 200 million to 145.5 million years ago, it’s the middle period of the Mesozoic Era, a time when dinosaurs were the dominant form of life on land.

laser  A device that generates an intense beam of coherent light of a single color. Lasers are used in drilling and cutting, alignment and guidance, and in surgery.

paleontology  The branch of science concerned with ancient, fossilized animals and plants.

predator  A creature that preys on other animals for most or all of its food.

theropod  A meat-eating dinosaur of a group whose members are typically bipedal (walk on two legs) and range from small and delicately built to very large.

trackway  A set of impressions, usually footprints, left behind by an animal. The spacing and arrangement of individual footprints can provide clues about a number of things, including how large a creature was and how fast it had been moving.

vertebrate  An animal that has a long backbone or spinal column. Vertebrates include mammals, birds, reptiles, amphibians and fish. 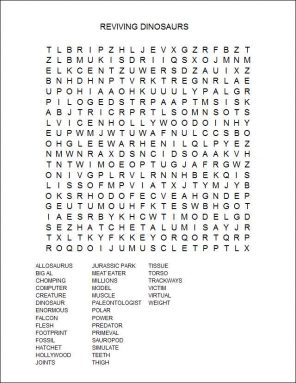