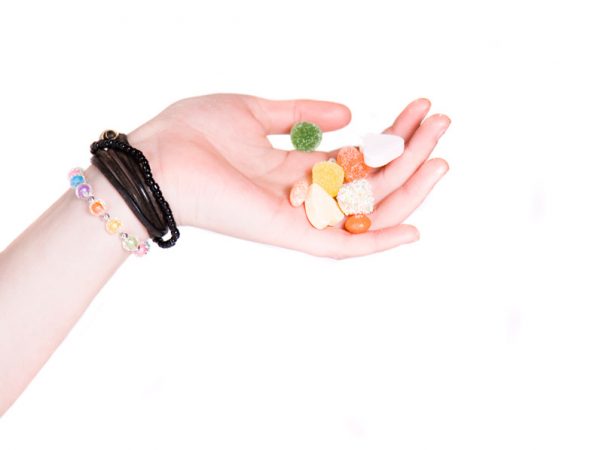 The next time you find yourself craving a sweet, irresistible piece of candy in someone else’s hands, remember this: You can’t help it. Your brain is built to covet.

In a new study, French scientists identified which parts of the brain play a part in this kind of craving. Their findings may help explain why an object seems more appealing when it belongs to someone else.

The researchers traced the thought of wanting someone else’s stuff to the mirror neuron system in the brain. Neurons are cells that transmit information inside the brain and to the rest of the body. Mirror neurons become active when a person does something, or when a person sees someone else perform an action. These cells help a person learn new things. An infant sticks out her tongue after she sees her parents do it, thanks to her mirror neurons. They also help explain why yawns spread from person to person.

Mimicking other people — and wanting what they want — can help us learn, Mathias Pessiglione told Science News. Pessiglione, a psychologist at INSERM (the National Institute of Health and Medical Research) in Paris, worked on the new study. In the case of coveting candy, he points out that eating what other people have safely eaten helps us avoid food poisoning, for example.

For their experiment, Pessiglione and his colleagues instructed adult volunteers to watch videos. Some viewed a video of a piece of candy by itself; others saw a hand reaching for a piece of candy. After the movies, the volunteers reported how much they wanted the candy. The candy was more desirable when the volunteers saw a hand reaching for it. The scientists reported that the effect was not limited to candy. The results were the same when the displayed objects had been toys, tools or clothes.

While the volunteers watched the videos, the activity in each of their brains was recorded. The scientists reported that two brain systems became active during the experiment. One was the mirror neuron system. The other was a system that helps the brain decide the value of something. (A piece of candy in someone else’s hand, for example, may seem more valuable than an ordinary, unclaimed sweet.) The brain scans showed that the two systems communicated with each other, and their connection was stronger in people who desired someone else’s candy. And the stronger the connection between the systems, the more a person wanted someone else’s sugar.

The new study raises a lot of questions about how such brain connections influence behavior. Researchers wonder if similar experiments could be used to study brain activity in people with autism, for whom interactions with other people seem less important.

autism A mental condition, present from early childhood, characterized by great difficulty in communicating and forming relationships with other people and in using language and abstract concepts.

covet The strong desire to have something that belongs to another.

neuroscience Any of the sciences that deal with the structure or function of the nervous system and brain.